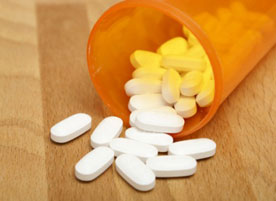 SINGAPORE – A drug which is used to treat type-2 diabetes now offers new hope to patients with tuberculosis (TB).

A team of scientists led by the Singapore Immunology Network (SIgN), a research institute under the Agency for Science, Technology and Research (A*STAR) has discovered that Metformin can boost the efficacy of TB treatment without causing drug resistance.

Metformin is a common oral diabetes medicine which helps control blood sugar levels. After screening several Food and Drug Administration (FDA)-approved drugs, researchers found that this drug could target the bacterium which causes TB and stop its replication. They also found improved efficacy of conventional anti-TB drugs when used with Metformin.

Diabetic TB patients on Metformin had a 3 per cent mortality rate compared to the 11 per cent in the non-Metformin group.

If clinical trials are successful, researchers are calling for Metformin to be used as an adjunct treatment for TB, for patients with or without diabetes. They said the treatment is fitting for diabetic patients, as they are three times more likely to be infected with TB.

“So if we can come up with this host-targeted therapy for TB and with a drug which is used for diabetes, maybe we are able to manage both these diseases together in a better way.”